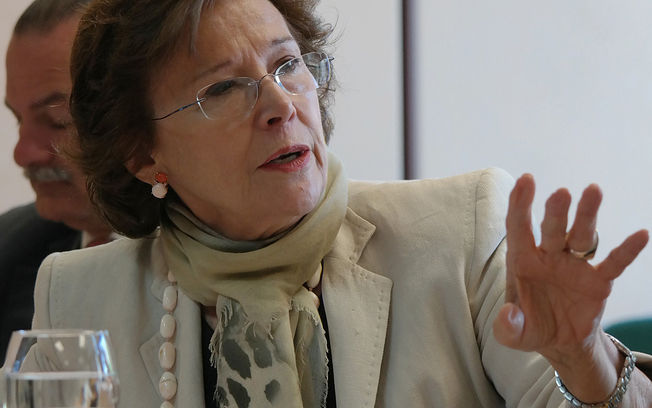 The European agro food model is constantly evolving and improving, and its relationship with health issues is becoming growingly important.

Usually this relationship is perceived mostly in negative terms, or at least in a quiet unidirectional way – nutrition issues-,putting aside other elements as important as culture and traditions, sociology, employment and economics, internal market principles, environment, genetics, lifestyles…

Much of the discussions around the issue are quiet polarized, sterile and more based in opinions than in science, which doesn’t help any progress on what can be considered the common goal: how to better integrate food and health for the benefit of consumers and society as a whole.

In the current European political agenda, two issues under discussion should be kept in mind – the reform of the Common Agricultural Policy and the Fitness Check of the General Food law – as long as in both ´food and health´ binomial would be one way or the other present.

Farm Europe wants to contribute to this debate with the following comments and open questions, in order to come up with concrete proposals and try to find the way to a more virtuous, comprehensive framework.

It is far more than evident the key role that food and drink plays in human health. It is like a two- lane highway in which one provides life; the other can have a negative impact on health.  In order to prevent these negative effects (NCD´s) public authorities try to promote different policies and actions with a dubious impact.

If we make a short overview of measures in place, those are the most relevant:

When it comes to public intervention, instruments are rather restrictive and applied in different areas:

There are also voluntary agreements and codes of conduct, both at European and national level, reaching issues like

The point here is: to what extent this approach has been effective in practical terms?

If we put it into an European perspective, we have to realize that we participate in a sort of “collage” of measures, mixing European and national initiatives , in different areas,  with different aims and different ways, that need to be reconsidered.

Internal market principles – the basis of European integration –have been sidelined with direct impact on business, free circulation, competition and consumer welfare.

It is quite clear that at European level health is a joint responsibility which ultimately rests in the hands of Member States, but there’s a need for a more coordinated, harmonized approach to get out form this messy situation.

And in conjunction with that, and as long as NCD´s need a multidisciplinary approach, decisions at European level should be taken with full participation of all areas – health, agriculture, internal market, competition, innovation..-, and all stakeholders.

Second issue or point for discussion, Science. It has to be acknowledge the improvements made in terms of food safety in Europe in the last 15 years. Both EFSA and the Commission have delivered a sound set of criteria that have created a strong consensus around the best science to inform food safety – and a comprehensive system to evaluate and manage risks.  But in the last years food safety has been replaced in the debate by nutrition and in this case we have to admit that the system developed for food safety has proven not to be fit for “health issues”. On the contrary, the general consensus has been replaced by divergence of scientific criteria, lack of trust in the institutions and the system itself, and confusion.

Science is top priority. Science is critical not only because it leads the way for improving human wellbeing, but also because evidence based science orients political action – or at least should-.

On the other hand, science is far more than a single discipline. The present “nutrimania” simply puts aside other fields of knowledge like sociology, genetics, physical activity or environment, while multifactorial problems need multidisciplinary approaches. Even when it comes to nutrition focus is more on products (“good” or “bad”) than in diets itself.

Having said that, the question would be how can Europe improve its decision making in order to take any political action on evidence based science?   How can we avoid science to be substituted by opinion when informing political and legal decisions?

First of all we need more confidence in our institutions. EFSA must continue to be respected as the reference for excellence in science and food and at the same time, it must be able to better coordinate national Agencies in his effort to align criteria and inform action.

Second and most important, how can we provide European Parliament with fundamentals to guide its legislative action? Its critical responsibilities ought to be backed with the best available science in order to help the decision making process.

Our proposal would be to promote the creation of an Office for Scientific Support under the umbrella of the EP, and the cooperation of the Commission and EFSA. This Office / Unit would have the task of helping MEP´s in taking their decisions with independent, neutral and comprehensive state-of-the art science.

The basic idea is to provide MEP´s with objective interpretative skills, a critical set of knowledge they need. The role of the Unit would not be to “make science” but to select the best available and be able to provide some objective assessment to help MEP´s to better decide. At the same time it could promote independent debates, educational activities, hearings etc. so as to cooperate with stakeholders, journalists, scientists..

So progressively, a set of principles/ consensus/ basic ideas would be shaped and what is more important, a “triage” or rating of scientific production would be created according to its evidence, origin of publication, degree of support by the scientific community, etc.

Collaboration with other initiatives already in place like STOA (Scientific & Technical Options Assessment) in the EP and the Scientific Advice Mechanism set up by the Commission should also be enhanced.

A third issue is public perception. There is a growing misperception in public opinion around food, drink and health issues. The post-truth era is emphasizing almost only negative facts or promoting magic wand nutrients. Misinterpretation of information and a great deal of news and sources (social media) makes really difficult to avoid confusion and distress in the public opinion spreading a bad and fake image around food.

How can this public image problem be avoided?

First of all, it has to be said that this is a common responsibility.  As already stated, a more powerful role and respect to EFSA as scientific reference, and more active communication on its side would be needed. On the other hand, the Office for Scientific Support in the EP would also help in making the difference between opinion and science.

Media have also its crucial role in laying down the foundation of a better informed and educated consumer, along with scientific bodies, ngo´s , agro food and consumers organizations, whose responsibility towards a sound, fact- based communication is also important.

Finally, the issue of cooperation. The way in which debate takes place is not the most constructive one, it seems that each stakeholder sticks to its own position being more interested in counter-arguments and defending specific interests that in finding ways to progress against NCD´s through cooperation.

Something has to be done. If we agree on the issues highlighted in this paper it can be assumed that there is a need for action.

In fact experience shows us that there is no “one-size-fits-all” effective solution, that demonizing food and drink is not only counterproductive but unfair, and that something has to be done in order to overcome defensive positions.

So is there any possibility to improve cooperation and bring together all interested parties?

Giving the lead to the European Parliament representing Europeans, there is an opportunity to open a debate with all stakeholders – public and private- to consider a broad agreement on common objectives: a better and sound healthy lifestyle in Europe, and how the food chain can contribute to it.

This debate should lead to a set of compromises and guidelines based on science, responsible behavior and concrete compromises for each and one of the stakeholders as a way to cooperate under clear rules, and measurable actions.

A STEP FORWARD, BUT WITHOUT APRIORISMS

The path to sustainability should be taken into consideration  The decarbonization of our economy and the s...

Member of the Register of Interest Groups of the National Commission of Markets and Competition.